Small horse lashes from Paperself are really made of paper. Now that's a pretty pony!
Posted by Lizbeth at 10:06 AM No comments:

From NBC's The Voice
go to link:Last Chance: Cheesa's "All by Myself" 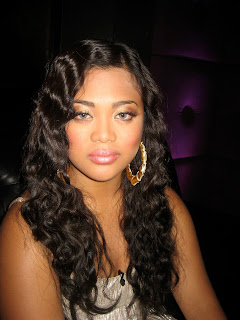 Cheesa is so sweet and was game for a Polynesian Princess meets Diana Ross look!

First of all deep gratitude to Darcy Gilmore, our fearless leader and department head makeup on "The Voice" for this creative opportunity. Will follow you anywhere, anytime, any day...just sayin'!


For this performance I wanted to give Ashley an edge but keep her youthful and fresh.

I Wanna Hold Your Hand!

Allan "Whitey" Snyder legendary makeup artist to Marilyn Monroe held my hand when I was sworn into the IATSE union Local 706, in Los Angeles.
He was wearing a safari suit and an ascot and sitting with a group of retired cronies having a ball and yucking it up at my first union meeting.
As a newbie they called "Those young people from off the streets" I was slightly terrified and pretty intimidated. When it was time to swear in new members Whitey turned to me and volunteered to hold my hand. Now it was fun and such an honor to hold the hand of the man who made up Marilyn Monroe. Wow!
He jokingly said,  "Now do I put my hand over your heart?
To which  I replied, "Nice try!".
The feeling of unity and solidarity was profound and a moment I'll never forget.
At last joining the ranks of iconic union makeup artists and hairstylists, like "Whitey". I am still honored. 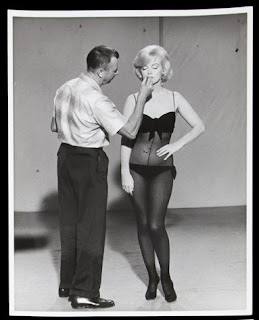 LOS ANGELES (AP) — A collection of never-before-seen photos of Marilyn Monroe — and their accompanying copyrights — are going up for auction.
Celebrity auctioneer Darren Julien says more than 100 images of Monroe will be sold the highest bidders later this month.
The photos come from the estate of Allan "Whitey" Snyder, Monroe's personal makeup artist for 15 years. One image shows Snyder applying makeup to a lingerie-wearing Monroe on the set of "Let's Make Love" in 1960.
Letters, telegrams and a money clip from Monroe to Snyder are also among the lots set to be sold during Julien's Auctions' Hollywood Legends sale on March 31 and April 1. The auction also includes memorabilia from Frank Sinatra, James Dean, Charlie Chaplin and Sammy Davis, Jr.
___
Online:
www.juliensauctions.com
Posted by Lizbeth at 8:14 AM No comments:

Keep your brushes safe and happy!

Another why didn't someone think of this before moment!
The Brush Guard is the solution to keeping my makeup brushes reshaped and protected after cleaning.
I have spent a small fortune on my brushes and clean them well after each client. (of course!)  This ingenious mesh slips over my brushes allowing air to circulate while they dry and prevents dust from settling on them. The Brush Guard is perfect for storage and keeping brushes safe during travel to jobs.
My investment is protected by returning my brushes to a "like new" state after cleaning.
Hands down, my fave new tool this year for my kit!
Cheap and cheerful at just $5.50 per pack.
Available at:
http://www.thebrushguard.com/
Frends Beauty Supply 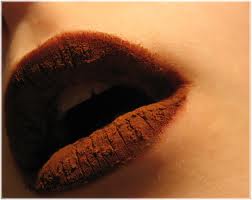 Combine beauty treatments with chocolate and you've entered into a whole new realm of pampering. Edible beauty, it's fun yet guilt free decadence.
Cocoa has been linked to increased serotonin levels, a brain chemical that makes us feel relaxed.
Adam Drewnowski of the University of Michigan says, "We want chocolate in times of stress, anxiety, pain and so on. Chocolate is a natural analgesic, or pain killer."
So slather this one on with the kids and relax...your girlfriends or hubby may be game for this one too!


Chocolate Facial Mask
This recipe is courtesy of Practically Green by Micaela Preston
2 T unsweetened cocoa powder
2 T plain yogurt
1 T honey
Mix all ingredients in a small bowl. Apply to face and neck, avoiding eye area. Kick back, relax and enjoy the delicious aroma for about 15 minutes. Rinse off with warm water.


Oatmeal is very soothing to sensitive skin. Honey deeply cleanses your skin, unclogs pores and is a great anti-bacterial agent. Chocolate contains beneficial anti oxidants too!
Enjoy.
Posted by Lizbeth at 8:56 AM No comments:


Why can't I have it all this fall? What I really need is double duty beauty.
We are busy, way too busy, so we want more from our makeup these days and we want it to be healthy for our bodies and our planet and give back to eco causes.

Give me vitamins in my lipstick (vitamin infused lipsticks by tarte powered by BORBA anyone?)
I desire healing in my concealing and lash enhancing in my liquid eye lining.

The latest offering from tarte is multiplEYE natural lash enhancing liquid liner.
The only liquid liner to define this fall's cat eye that is deeply pigmented, mineral based, waterproof and lash nourishing. 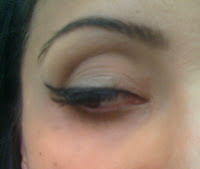 Wow! I can have it all. Thanks tarte!

Tarte sources ingredients from the Amazon and helps it's people by providing conscious fair trade cosmetics that are ultimately cool to beautify women inside and out.

"Now, you can line your eyes and enjoy the benefits of our HydroPlant™ peptide, which is clinically proven to increase lash softness, thickness and the appearance of long lashes."

Posted by Lizbeth at 3:28 PM No comments: 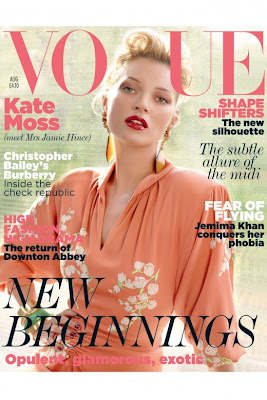 Lizbeth
Between makeup and mom duties I read, putter in the garden or cook avidly with in season, local organic produce. Guilty pleasures include: watching Gordon Ramsey's Kitchen Nightmares, or Big Bang Theory and flipping through Dwell magazine.